Home > To see / To do > Heritage > The chapel of Sainte Marie

The chapel of Sainte Marie

The Chapel of Saint-Marie, or Chapel of the Visitation of the Blessed Virgin, is a catholic building located in Nevers in France.

The Chapel of Saint-Marie, or Chapel of the Visitation of the Blessed Virgin, is a catholic building located in Nevers in France. 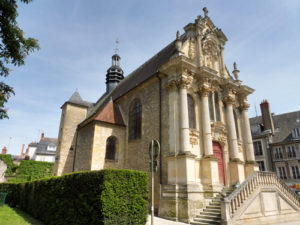 The Chapel of Sainte-Marie, located in rue Saint Martin, is the former church of the Convent of the Visitation. It was built in the 17th century. It is distinguished by its baroque façade, unique in Nièvre and rare in France. It is the only remains of the Convent of the Visitation, a religious order founded in 1610 by Saint Francis de Sales and Saint Jeanne de Chantal. The nuns' presence was much criticised. They bought houses to enlarge their holding and depopulated the street. The Abbey of Saint Martin then agreed to give part of its land to the nuns who could then build the convent and chapel. Marie de Gonzague laid the foundation stone of the chapel in 1639 and the building was completed in 1643.

During the Revolution the sisters left their convent which became national property and was then ceded to the Sisters of the Charity of Nevers in 1806. In 1927, the convent was sold by the State to the town of Nevers which destroyed the buildings and, in error, the nuns' choir which was the part of the chapel already listed as an historical monument. 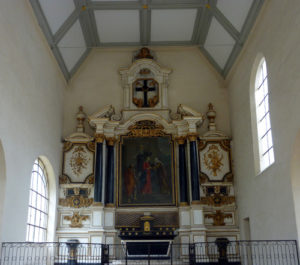 Inside, the altarpiece made in 1641 by the sculptor of the façade, Claude Collignon, is remarkable. One can admire the painting of the Visitation of the Virgin framed by black marble columns surmounted by gilded capitals. 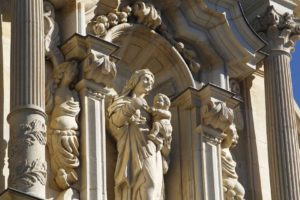